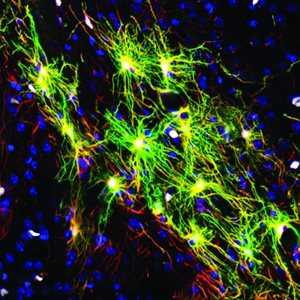 New research shows how scientists were able to create a new animal model that is transforming our understanding of the biology of the human brain and creating new ways to study neurological disorders.

A recent study in the Journal of Neuroscience describes how researchers in the lab of Steve Goldman, M.D., Ph.D., were able to coax human stem cells into becoming glial precursor cells, the cells that give rise to an important family of support cells in the brain.

When the human cells are implanted into the brains of newborn mice, they migrate throughout the brain and create astrocytes, the brain’s main support cell, and oligodendrocytes, which produce the insulating tissue know as myelin,, essentially crowding out the mice’s nature population of glia cells and creating brains with mouse neurons and human glia.

Last year, the researchers reported that the human cells influenced communication within the mice’s brains, allowing the animals to learn more rapidly.  In particular, the paper pointed to the importance of astrocytes, which are far larger and more complex in humans.  The results indicated that the evolution of these cells in humans may be critical to our higher cognitive abilities.

This research has subsequently been instrumental in new findings on deadly brain infections and research into the role that glia cells may play in psychiatric disorders such as schizophrenia.

You can read more about the research in New Scientist. 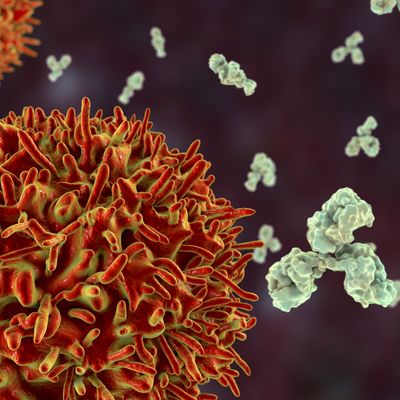 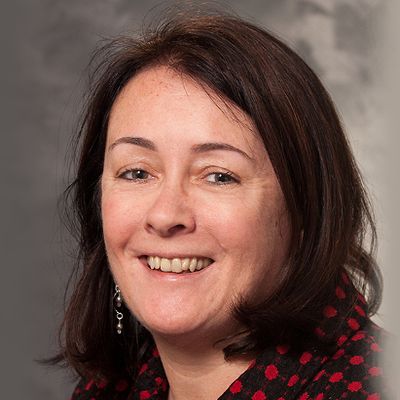 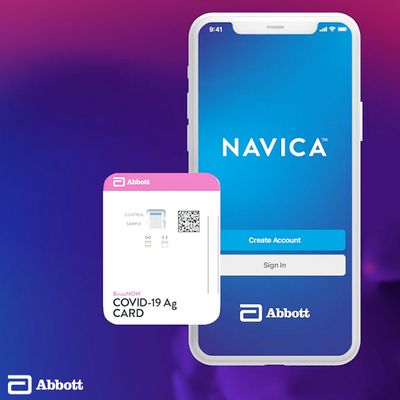