DNA is at the heart of every cell in your body. It holds the parts list and instruction manual for life — every detail required to make the proteins that enable our bodies’ most basic functions.

RNA, or ribonucleic acid, is crucial for putting those instructions into action, and it’s coming into the scientific spotlight for the potential it may hold for new therapies to treat diseases such as cancer.

At Wilmot Cancer Institute, scientists from the University of Rochester’s Center for RNA Biology are working to understand more about the role of RNA in cancer and how it can be used to disrupt or prevent the uncontrolled growth and division of cells.

Made from DNA, RNA plays a variety of roles in a cell, including the creation of proteins and the expression of genes — functions that, when disrupted, can lead to cancer. Messenger RNA (mRNA), for example, carries DNA’s instructions out of the nucleus to structures called ribosomes, where proteins are made. If the mRNA has a bad copy of these instructions, then either a faulty protein or no protein is created, resulting in diseases like cancer.

“We’re learning that what matters most in cancer are the specific changes that occur in an individual’s cells, as opposed to where the cancer starts,” says Lynne E. Maquat, Ph.D., director of the University of Rochester Center for RNA Biology. “RNA is intimately involved in the myriad molecular and cellular changes that can lead to cancer, which is why RNA research is a promising avenue for the next generation of cancer treatments.” 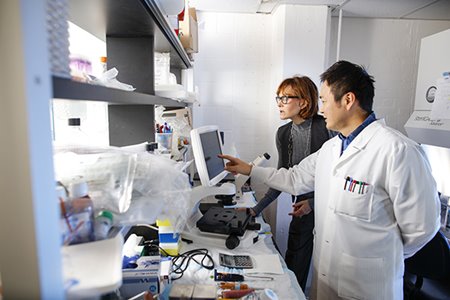 ​Maquat studies an RNA-based quality control process that blocks cells from making faulty proteins. Called nonsense-mediated mRNA decay (NMD), this process comes into play when mRNA has a set of instructions with a mistake that will lead to short or incomplete proteins. NMD acts like a set of factory inspectors that find and destroy this mRNA before the deleterious proteins can be made.

Maquat, the J. Lowell Orbison Distinguished Service Alumni Professor of Biochemistry and Biophysics, and her team are looking for ways to stop tumors from interfering with NMD with the goal of finding new ways to treat cancer.

Yi-Tao Yu, Ph.D., dean’s professor of Biochemistry and Biophysics, also studies mRNA and its role in cancer. His lab is researching various ways to modify mRNA so that it can override mistakes in genetic instructions. 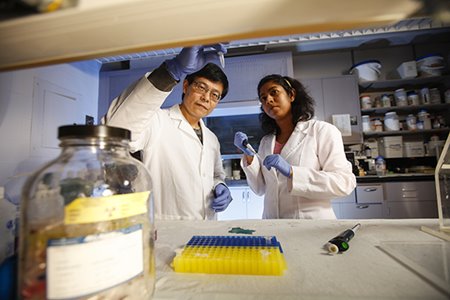 Yu’s team is artificially manipulating mRNA in ways that turn these “stop” signals into “go” signals. The goal is to insert a molecule into cells that alters the mRNA, enabling cells to read the genetic instructions of a mutated mRNA from start to finish, as though the premature stop signal was never there in the first place.

These so-called “read-through” therapeutics are a long way from the clinic, but could help a broad swath of cancer patients. For example, the p53 gene is involved in making an important tumor suppressor protein, which keeps cells from growing and dividing unchecked. If an early stop signal is present, cells fail to produce a functional p53 protein, and this allows cancer cells to grow and divide uncontrollably.  Techniques like Yu’s could eventually lead to treatments that would ensure p53 is made and cancer cells are kept under control.

“When I first started studying mRNA in graduate school many years ago, no one knew we could modify it,” says Yu. “The progress that’s being made in this area is very exciting because it’s helping us address mutations in genes like p53, which play a part in many tough-to-treat cancers, including bladder, lung, brain, and ovarian cancers.”

Another area of cancer-related investigation in the Center for RNA Biology involves microRNAs, very small RNA molecules that regulate the expression of tens of thousands of genes.

Maquat and her team have identified a protein called Tudor-SN that controls many microRNAs and is important as cells prepare to divide. Scientists found that when Tudor-SN is removed from human cells, the levels of hundreds of microRNAs go up, putting the brakes on genes that encourage cell growth. This slows down the process of cell division known as the cell cycle, which goes awry in cancer.

Maquat and Reyad A. Elbarbary, Ph.D., a former post-doctoral fellow in her lab, have filed a patent application for methods that target Tudor-SN for the treatment and prevention of cancer. They continue to study how Tudor-SN works in concert with other molecules and proteins so that scientists can identify the most appropriate drugs to target it.

Center for RNA Biology scientist Mitchell O’Connell, Ph.D., an assistant professor of Biochemistry and Biophysics, is using the gene-editing technology known as CRISPR to learn more about how RNAs can modulate the way genes are expressed and lead to cancer.

CRISPR was originally designed to help researchers edit parts of the genome by removing, adding or altering sections of our DNA. O’Connell has adapted the technology to edit RNA, which has several benefits. Once you make a change in DNA, it’s permanent. RNA, on the other hand, gets turned over all the time; it’s produced and then degraded, so any changes are short term. This makes editing RNA a safer option, allowing scientists like O’Connell to test various strategies without making lasting alterations that could end up causing more harm than good. 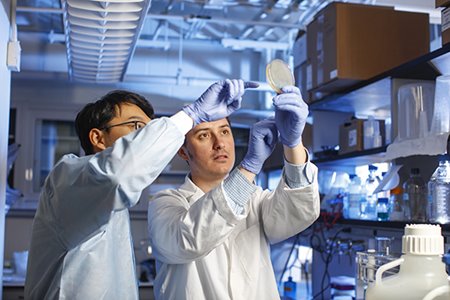 “More and more we are seeing how RNA is involved in disease, and also how we can begin to manipulate RNA in so many ways,” O’Connell says.

Fusion genes, which are formed from two previously separate genes, are a potential target. They play a role in several cancers, including blood cancers, sarcomas, and prostate and ovarian cancers. These genes often contribute to tumor formation because they produce much higher levels of abnormal proteins than regular genes.

The research is in the early stages, but O’Connell’s lab wants to determine if manipulating RNA can inhibit the activity of fusion genes, reducing their ability to drive tumor cell growth.

RNA’s flexibility and ability to do so many different things in cells gives researchers like Maquat, Yu and O’Connell an opening to correct diseases that don’t succumb to conventional drugs.

RNA-based drugs are in development for a variety of diseases, and in the last five years the U.S. Food and Drug Administration has approved RNA-based therapies for conditions including spinal muscular atrophy and Duchenne muscular dystrophy. More than 100 clinical studies are underway for RNA-related treatments for cancer, and Wilmot’s team is excited about what the future will bring.

“The work that’s happening in the field of RNA biology highlights the importance of basic research and its relevance to human disease and therapies,” says Maquat. “As new information continues to emerge, I’m confident it will lead to clinical and technological advances that will take precision and personalized cancer care to a whole new level.” 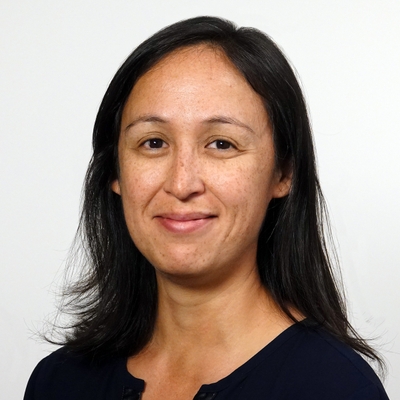 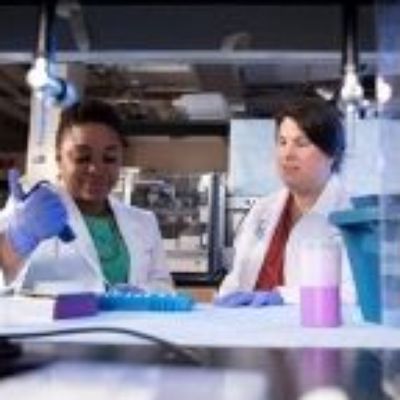 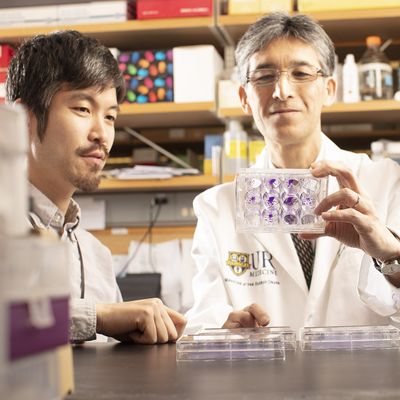 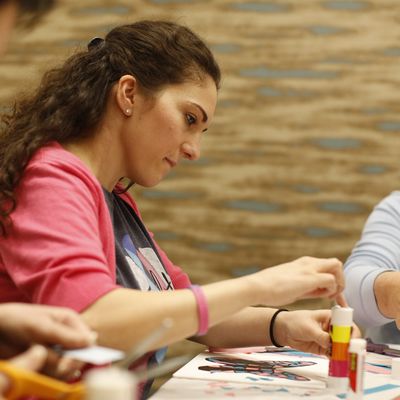