During Deborah German’s third year of residency in internal medicine at the University of Rochester Medical Center, her vacation was scheduled to start April 1. Her first child wasn’t due until April 7, however, so she had to be creative.

“There were no other arrangements,” she says, “so I figured out how to advance my own labor so I could have my baby on vacation.”

German, a specialist trained in the field of rheumatic and genetic diseases, remembers women comprised about 10 percent of her class in medical school and residency. She saw that as a challenge that would make her strong.

“I am stronger today because I had to figure out a way,” she says. “I wouldn’t turn the clock back for anything, but like everything else in life, when you expose yourself to great challenges, you learn great lessons.”

German took on one of those great challenges when she was selected in 2006 to help launch the University of Central Florida College of Medicine. Despite being called “crazy” for wanting to provide full four-year scholarships, including tuition and living expenses, for the entire 40-member charter class, she did just that, raising $6.4 million at a time when the economy was beginning to tank.

Her vision was all the more surprising to some because of her size. German stands 5 feet, 2 inches.

At a brunch held to introduce her to female leaders in the community, one woman asked, “Can you do this job? You’re so small.” German responded, “I don’t feel small.”

Two years later—after she had built a team of more than 500 faculty and staff, appointed more than 2,000 volunteer and affiliated faculty, and overseen construction of a 375,000-square-foot medical campus—the Orlando Sentinel named German its 2008 Central Floridian of the Year.

In fact, German has earned recognition for achievements throughout her career, which has included positions as director, associate dean, senior associate dean, national chair, and president and chief executive officer.

Step by step, she has continued moving forward by heeding advice she gives her two daughters and professionals around the country. When making a decision, ask yourself whether it is prompted by fear or courage. Always choose courage.

The ability to confront pain and uncertainty, which goes back to German’s experience as a soon-to-be mother, is necessary, she says, for anyone to be successful—as is the ability to be honest.

These qualities serve both men and women well, she adds, but when seen in women, “it’s even more powerful because it’s unexpected.” 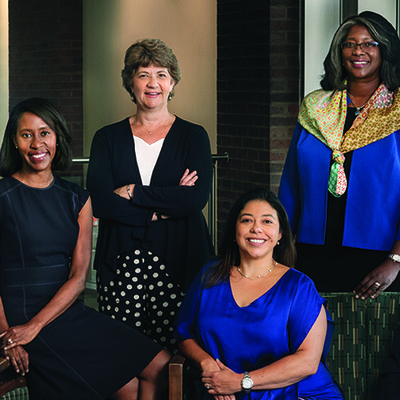 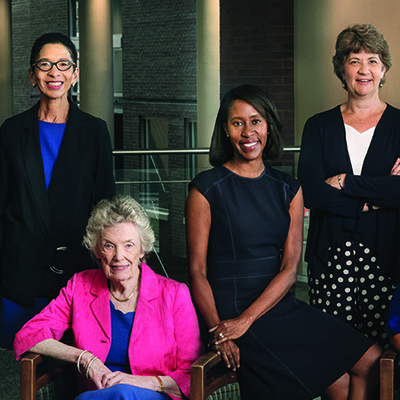 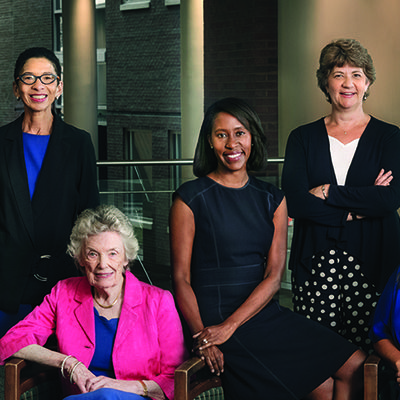