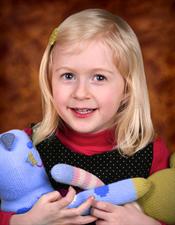 As a type 1 diabetic, Mary Margaret Biss and her husband, Andy, knew she had a high-risk pregnancy. The Skaneateles couple never expected, however, that their baby would have completely unrelated life-threatening complications. When Mary Margaret went for her five- month sonogram in 2007, at SUNY Upstate University Hospital’s Regional Perinatal Center in Syracuse, her ultrasound technician could not see a side of Anna’s heart. The technician believed the obstructed view was caused by a shadow or rib cage and didn’t think it was cause for alarm. Upstate’s Pediatric Cardiologist Frank Smith, M.D., wanted to be sure to follow up and scheduled Mary Margaret for a fetal echocardiogram appointment the next day.

Thinking nothing of it, Mary Margaret gave Andy the OK to travel to Pennsylvania for a pre-planned fishing trip and attended the appointment alone. Soon into the mid-point ultrasound, she learned that Anna would be born with a double inlet, single ventricle, meaning that the right side of her heart and aorta would not fully develop and her aorta and pulmonary artery were not in the right positions. The condition would need to be corrected by three complex surgeries. Andy rushed back from his trip to be by his wife’s side. They knew they had many things to consider and prepare for in the few months before their baby girl was born.

Smith acted as the Bisses’ cheerleader, talking through options and what the next few years would entail. He recommended the work of his colleague George Alfieris, M.D., chief of Pediatric Cardiac Surgery at Golisano Children’s Hospital at the University of Rochester Medical Center (URMC), who also practices at Upstate. After doing research and getting a second opinion, the Bisses decided Anna’s best choice at life would be going toGolisano Children’s Hospital. 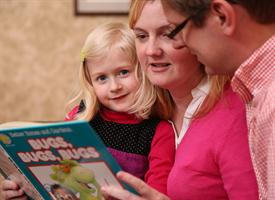 “We didn’t feel like a number,” Mary Margaret said. “The way Dr. Alfieris described the techniques of the different surgeries was very calming and we felt confident in his belief of continuous learning and improvement.”

Another factor that set Alfieris apart was the minimal amount of time he would have to stop Anna’s blood flow to the brain, a complex part of the first surgery that no parent wants to think of lasting any longer than absolutely necessary.

Due to the last few weeks of pregnancy being dangerous for a type 1 diabetic, Mary Margaret was induced at SUNY Upstate at 37 weeks. Anna Biss was born at 6 a.m. on September 5, 2007. Her aorta, the major artery that carries blood throughout the body, was already beginning to narrow. Smith’s and Alfieris’ original plan was to keep Anna at Crouse Hospital’s Neonatal Intensive Care Unit for a week to stabilize her, but because Anna was doing better than expected, the cardiology team decided to transfer her the same day. 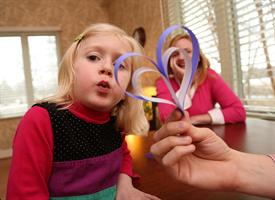 Anna went in for her first operation the next morning. Described by Alfieris as one of the most technically difficult cardiac surgeries, he corrected the narrowing of Anna’s aorta, completing the first of the three surgeries.

After undergoing six hours of surgery, Anna took one month to heal. In order for maximum oxygen to flow to Anna’s lungs, a shunt was temporarily placed in her chest. While she grew strong in the Pediatric Cardiac Intensive Care Unit (PCICU), her parents stayed in Ronald McDonald House’s House within a Hospital, located on the hospital’s fifth floor.

“We didn’t want to go home and not be with Anna, so it was great to be in a comfortable environment and know that we could go see her whenever we wanted,” Mary Margaret said. “We felt like we were running a marathon and everyone gave us a pass to rest.” 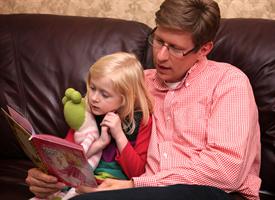 The nurses in the PCICU also made the Bisses feel at home. The couple credits Sharon Harris,P.N.P., who was one of Anna’s bedside nurses, for helping them push forward and encouraging them to interact with Anna like a normal little girl. Gina Cable, R.N., P.N.P., a pediatric cardiac nurse practitioner, and Jennifer Tillou, L.M.S.W., pediatric cardiology’s social worker,were also large pieces of the Bisses’ hospital family, providing comfort to the family every step of the way. “They care as much about the parents as they do their patients,” Mary Margaret said.

After healing in the PCICU for about two weeks, Anna was moved into the step-down unit, 4-1600, for the remainder of her recovery.

The Bisses were happy to go home when Anna recovered, but knew they would be returning for Anna’s second surgery soon. “It was the epitome of bittersweet,” Mary Margaret said. “We knew we were coming back and we didn’t want to be there, but we also knew we would miss our whole team and wanted to see them.”

Given the scary news that babies with Anna’s condition often pass away between the first and second surgeries, Mary Margaret and Andy found joy in each day they spent with Anna. They were thankful when she reached her second surgery at her 9-month mark on June 13, 2008.

Alfieris made performing heart surgery seem very natural and not something that he overly stressed about. “He told us that he performs heart surgery twice a day like we brush our teeth twice a day,” Mary Margaret said.

The second surgery fixed the superior vena cava of Anna’s heart. The major vein carries blood from the upper body to the heart. Alfieris and his team unhooked the vein and attached it to the pulmonary artery, redirecting the blood straight to the lungs. Anna recovered quickly.

The third and final surgery of the three-part construction, took place on Oct. 10, 2012, and transformed the inferior vena cava of Anna’s heart. Similar to the second operation, the blood from the major vein that traveled to her lower body was redirected to go directly to her lungs.

Throughout the surgeries, Anna always kept her sense of humor and wit. “Once, Anna offered me a kiss and, when I bent down to receive it, she said ‘gotcha’ and gave me a chocolate kiss,” Cable said. “She also wasn’t afraid to share what was on her mind, saying ‘I have a suggestion for you, Miss Gina – next time you send a kid home on potassium, make sure to tell them to mix it with ginger ale, not orange juice. It tastes much better.’”

One morning, when Anna was recovering from her third procedure, Alfieris came into her room to wake her up and encourage her to start walking for the day. It was 9 a.m. when the surgeon started clapping and saying “Good morning” to Anna. One who enjoys her sleep, Anna was not happy, but her mood changed when Alfieris crawled into bed beside her.

“Anna and I developed a special bond,” said Alfieris. “I could see that she wasn’t too happy with me, so I thought it was the perfect time to take a rest together.”

“It was very comforting of him to thank us for giving him the opportunity to care for our child,” Mary Margaret said. “Although he performs multiple surgeries a day, he takes the time to make a connection and treats it as a big deal, not just another day.”

With her blood at an 85 percent oxygen level, on a good day, Anna is still active and can keep up with her friends. “Unless you can see her scar, you wouldn’t know there was something different,” Mary Margaret said. “She has been seen by other medical professionals, for check-ups and various appointments, and they often tell each other ‘you have to come see this kid.’”

The strong relationships Anna has made with her team of nurses, doctors, and social workers have inspired her so much that, at the age of 5, she says she wants to be a surgeon when she grows up. “When playing with her dolls back home, she makes sure they have nice doctors and nurses, just like she had,” Mary Margaret said. “She says she doesn’t need Kindergarten and can go right on to ‘heart surgeon college.’”

This witty and courageous young girl has been chosen to be one of the hospital’s five Miracle Kids for 2013, to represent the 74,000 children Golisano Children’s Hospital treats every year. Tune in to Children's Miracle Network's News 10 NBC Telethon on Sunday, June 2, to meet Anna and her family, along with four other Miracle Kid families, Golisano Children's Hospital supporters and health care providers. The Telethon is from 10 a.m. to 1 p.m. and 6:30 to 11:30 p.m. on News10NBC. Dial (585) 241-KIDS during the Telethon or donate online to make a gift.

The Telethon is part of a weekend-long celebration called Miracle Weekend, which kicks off Saturday, June 1, with the 17th annual Stroll for Strong Kids fundraising walk and 5K run. The event starts at 8 a.m. at Genesee Valley Park and wraps up at about 1 p.m. To sign up or learn more, visit www.givetokids.urmc.edu/stroll. 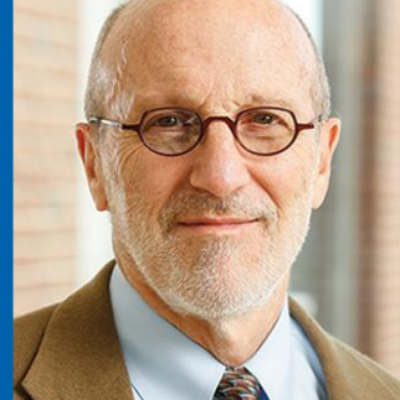 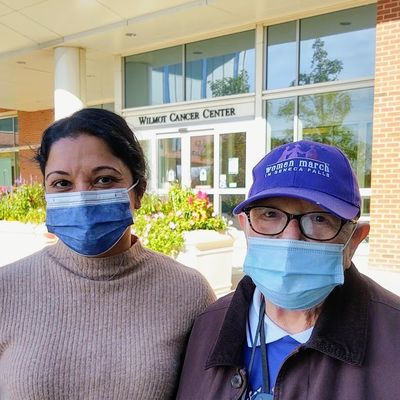 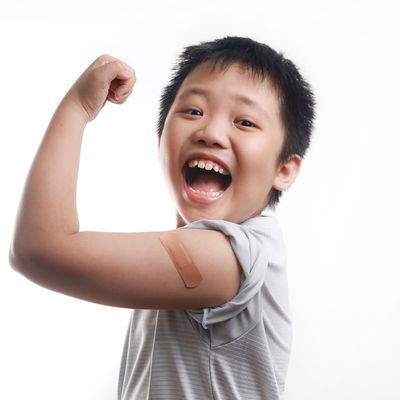 Age 5-11 COVID Vaccine: Everything You Need to Know on Safety, Efficacy, and Distribution