Along with the stethoscope and the tongue depressor, the reflex hammer is one of the objects most commonly associated with a visit to the physician’s office.  Yet this decidedly low tech piece of medical equipment – which dates back to the 19th century – may hold the key to diagnosing one of the most complex neurological disorders. 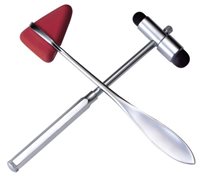 Myotonic dystrophy is a multi-system disease that can result in a host of health problems such as fatigue, muscle weakness, cognitive impairment, depression, difficulty sleeping, impaired vision, pain, difficulty swallowing, and gastrointestinal problems.  One of the hallmarks and earliest symptoms of this common form of muscular dystrophy is myotonia, the delayed relaxation of a muscle after it has contracted.

In myotonic dystrophy type 1 (DM1), the more common form of the disease, the symptoms frequently first appear in the extremities such as the hands and lower legs.  A common manifestation is the locking of a person’s grip after clenching their fist.  Although myotonic dystrophy type 2 (DM2) shares many similar clinical features with DM1, the muscle problems more frequently begin in the hips and shoulders and patients often complain of pain and weakness when climbing stairs or reaching for an object on a high shelf.

DM2 is often misdiagnosed and difficult to differentiate from DM1.   The generic symptoms that patients tend to report – muscle aches and weakness – can often result in the disease being mistaken for as a pain disorder such as fibromyalgia, leading the patient and their physicians on a wild goose chase.  On average it takes fourteen years and a battery of expensive tests to definitively diagnose DM2.  Furthermore, if misdiagnosed as fibromyalgia, the patient can be subjected to unnecessary procedures and medications with potential side effects. 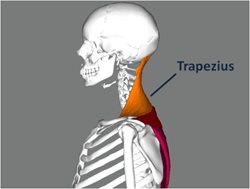 Postulating that the neck muscles would exhibit signs of myotonia, URMC neurologist Chad Heatwole, M.D., MS-CI along with Nick Johnson, M.D. (a fellow at URMC at the time of the study and now with The University of Utah) set about testing whether or not they could devise a method that would allow them to screen for DM2.   They eventually found that when by firmly striking the trapezius muscle in the neck with a reflex hammer that they could observe a delayed relaxation of the muscle.   This finding, along with a video of the procedure, was published this month in the journal Neurology.

While the procedure still needs to be evaluated on a larger group of patients, the two have since performed the test on dozens of myotonic dystrophy patients with the type 2 patients almost uniformly demonstrating the delayed neck muscle relaxation while the phenomenon appeared in none of the type 1 patients.  Genetic testing would still be required for a final diagnosis of DM2, but this initial screen could help shorten the years of confusion and frustration that accompany a misdiagnosis and help differentiate between the two types of the disease.  The test may also be a useful screening tool for any patient being considered for a cholesterol lowering agent as these agents can significantly worsen certain symptoms in patients with DM2.

Ultimately, the beauty of this test, the authors contend, is its simplicity. “This appears to suggest a quick and inexpensive test that can be done by any clinician who suspects the disease,” said Heatwole. 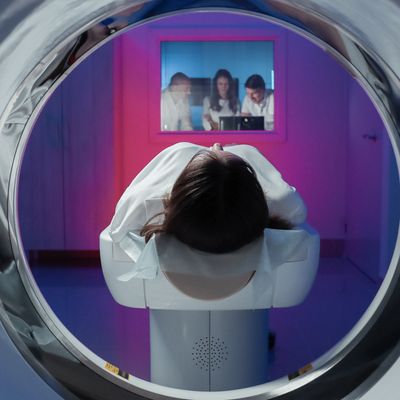 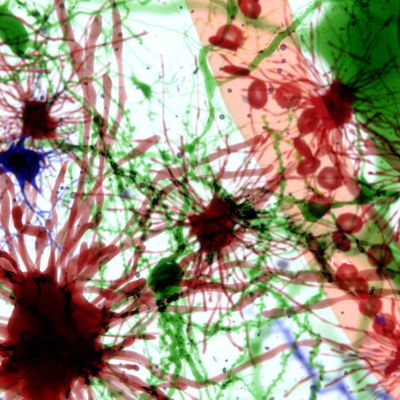 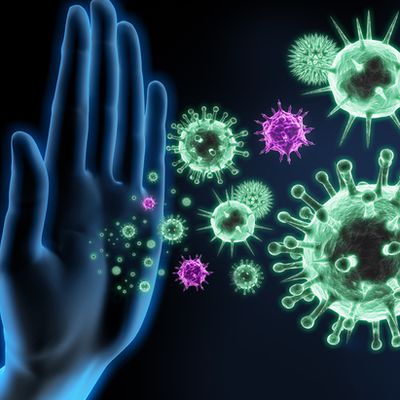