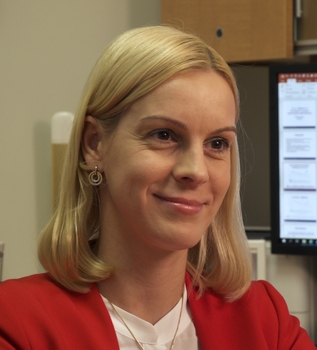 Valentina Kutyifa, M.D., Ph.D., associate professor of Medicine at the Clinical Cardiology Research Center and vice-chair for Clinical Research in the department of Medicine, has a special interest in cardiac electrophysiology. Women make up only a small percentage of the field, but Kutyifa is on a mission to change that.

Although women are well represented at the medical school level, that’s not always the case in certain subspecialties. In 2022, women made up 52 percent of medical students, 14 percent of working cardiologists, and only 6 percent of electrophysiologists. Kutyifa believes that mentorship at the early-career, fellowship level, and providing a role model is extremely important to close the gender gap, and has worked hard to guide trainees to successful careers in electrophysiology here at URMC, nationally, and internationally.

Born and raised in Hungary, she earned her M.D. at University of Medical Sciences in Szeged, followed by her Ph.D. at Semmelweis University in Budapest, and a Masters’ degree in Health Care Management. In 2008, she joined the European group, Electrophysiologist International Community (EPIC), and was involved with their first worldwide Women in EP Program that provided opportunities for women electrophysiologists to connect and network. In 2013, she co-founded, co-chaired, and later chaired the Young Electrophysiologist Committee within the European Heart Rhythm Association (EHRA) where she facilitated, enhanced, and accelerated the development of early career electrophysiologists, focusing on men and women equally.

Today, she is involved with the American Women in EP Program through Abbott and Biotronik as a faculty member, presenting at their annual meetings, and providing mentoring. As unconscious gender bias negatively affects women in hiring, mentoring, compensation, and advancement, such programs tailored for women are vital for achieving neutrality in the long-run. Early in her career, she was given significant leadership opportunities in electrophysiology, but nevertheless, in 2020, she earned an Executive Women Leadership Certificate Program from Cornell University to learn strategies and techniques to skillfully level the playing field in leadership for men and women.

In June 2021, Kutyifa became director of the Clinical Trials Unit for the division of Cardiology at URMC, overseeing implementation and operations of cardiovascular research trials, and director for the Clinical Trials group within the Clinical Cardiovascular Research Center, designing and managing cardiovascular research trials nationally and internationally. She is co-director of the Cariology Fellows Research Program, and works closely with the department of Medicine’s Research Training Program. During her ten years here, she has mentored over 40 students. In 2016, she earned the Internal Medicine Research Mentoring Award for her outstanding efforts. “Valentina exemplifies a true mentor for female faculty given her own unique experiences and journey,” said Ruth O’Regan, M.D., chair of Medicine. “We are so excited to have her as part of our leadership team.”

With a focus on mentoring at the fellowship level, Kutyifa finds unique ways to engage fellows. As a contributing editor to Heart Rhythm O2, she recently introduced the brand new “Fellows Corner,” that invites fellows of cardiac electrophysiology to share their stories, case reports, or opinion pieces. You can read her introduction of the Fellows Corner, which includes stories of her own.

In addition to her mentorship, Kutyifa endeavors to increase representation for women in other ways. As she says, “Women are underrepresented not only in electrophysiology, but also in clinical trials in patients with implanted medical devices, contributing only to 20-25 percent of the study population. We need to close this gap and ensure that men and women are equally represented.” Therefore, she designed, and recently finished enrolling patients for a 1000-patient study on implantable cardioverter defibrillators or ICDs, aiming to enroll at least 40 percent women. Successfully finishing enrollment of 1000 patients at 48 U.S. sites during COVID was no small feat, but the icing on the cake was a whopping, 48 percent female enrollment, which truly is providing a more balanced view of outcomes between sexes in this population. You can read more about the study here.

The theme of this year’s Women’s History Month is “Women Providing Healing, Promoting Hope.” Kutyifa is one of many incredible women at URMC who is making history and paving the way for the next generation. 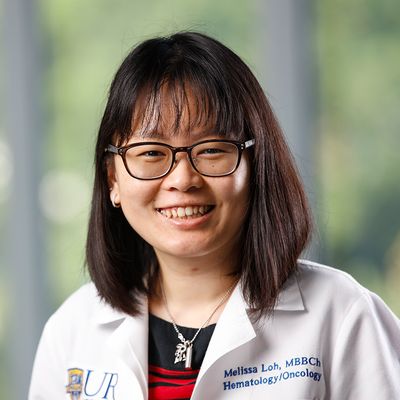 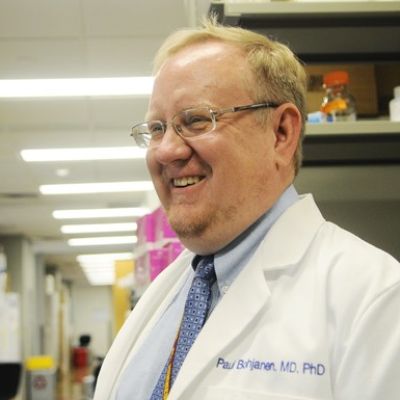 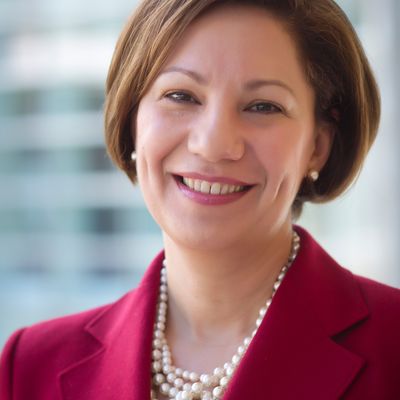