On the evening of July 21, Rochester Police Officer Anthony Mazurkiewicz was shot on Bauman Street and rushed to Strong. Despite heroic efforts by our faculty and staff to save his life, the wounds proved fatal, making Mazurkiewicz the third Rochester police officer killed in the line of duty since 1984. 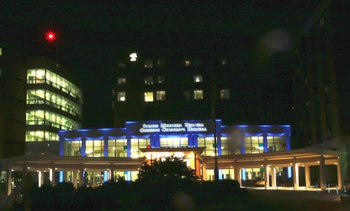 People across the University and Medical Center communities felt shocked and saddened by this senseless killing. Strong is being lit in blue to honor the memory of Officer Mazurkiewicz through the night of his funeral Aug. 1, and University flags will be flown at half-staff that day.

As prayers go out to the Mazurkiewicz family and his colleagues in law enforcement, we also feel sympathy for the doctors, nurses, and staff members in the Strong ED and Kessler Trauma Center who attempted to save his life and were deeply affected by the experience.

Mark Gestring, M.D., chief of the Division of Acute Care Surgery, led the team that performed emergency surgery on Officer Mazurkiewicz. “As the region’s only level 1 trauma center, our teams have to be ready for everything, all the time,” Gestring said. “Still, it’s important to acknowledge the enormous toll events like this take on all of us.”

While medical teams did their work, Gestring explained, large numbers of fellow law enforcement officers came to show support for the wounded officer and his family. The Department of Public Safety, Food & Nutrition Services, and other hospital teams made the visitors feel welcome. When the fallen officer was wheeled from the operating room, more than a hundred faculty and staff members lined the hallways to pay their respects.

Gestring noted that the killing of Officer Mazurkiewicz was a highly visible reminder of the gun-violence epidemic currently plaguing Rochester. There were two homicides in Rochester on the day before the officer’s death, and two more on the weekend after, bringing the total to 44 so far this year, ahead of last year’s record pace. Eighty-four percent of those homicides were caused by firearms.

These statistics don’t include the larger number of victims who survive acts of violence. RPD Officer Sino Seng was also wounded in Thursday’s shooting, and a 15-year-old bystander was grazed by one of three bullets that penetrated the walls of her home. From the start of this year through July 22, care teams at Strong have treated 130 patients with gunshot wounds (45 of whom required emergency surgery), and 81 stabbing victims. Fifteen of those patients have died, including Officer Mazurkiewicz.

“We’ve had a victim of serious violence in the ED nearly every day for the past two weeks,” said Aekta “Andrea” Miglani, M.D., medical director for the Department of Emergency Medicine. “The physical and emotional effort of providing the critical care these patients need adds stress to our teams during a time in health care that is already very challenging.”

Miglani said ED teams routinely debrief after treating victims of violence, and the Employee Assistance Program (EAP) conducts special joint debriefings after particularly traumatic cases. This happened Friday for the, ED, trauma, and OR teams who cared for Officer Mazurkiewicz.

“These are not clinical debriefings but wellness check-ins, to make sure staff members don’t feel isolated and have access to the resources they need,” Miglani explained, such as additional EAP counseling, scheduling adjustments or longer-term self-care support.

Along with the immediate stress of caring for patients with traumatic injuries, Gestring said, staff members are acutely aware of the long-term impacts of violence on its victims. Many patients leave the hospital with permanent injuries or other long-term challenges to their physical and mental health.

Our institution works to reduce these impacts by addressing the core problem. The University of Rochester has been a longtime, dedicated partner in multiple community violence intervention and reduction efforts. Faculty and staff members work regularly with Pathways to Peace and other local agencies to interrupt the cycle of violence. Despite these efforts, more comprehensive solutions are needed.

“Thoughts and prayers are not enough to address this epidemic of violence,” Gestring said. “The levels and ferocity of violent acts we are currently seeing are not sustainable, for our health system or our community.”

The shooting of Officer Mazurkiewicz occurred less than 12 hours after Rochester Mayor Malik Evans declared a local state of emergency to address gun violence in the City. Miglani noted that Mayor Evans joined the hundreds of law enforcement officers who came to support the Mazurkiewicz family at the hospital Thursday night.

“He wasn’t there for a photo opp. (The Mayor) was there with his sleeves rolled up, asking law enforcement and our caregivers what the City can be doing to help,” Miglani said. “The impact of violence on our health system and the community members who work here is alarming, so that’s a hopeful sign that local government under new leadership is ready to take meaningful action against this problem.” 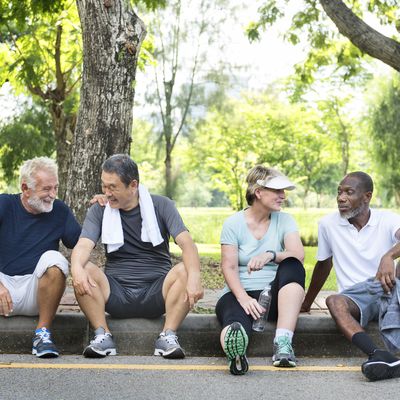 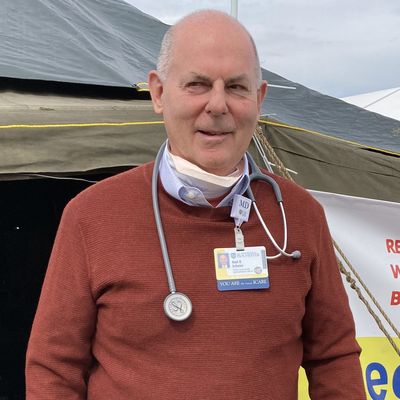 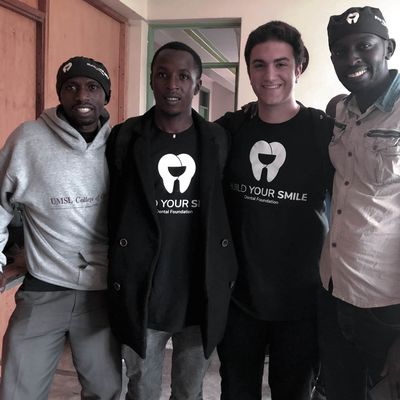